Incident at the Intersection of Art and Literature

Recently, I had one of those unlikely incidents after which I asked myself, “Did that really just happen?” It did—on Sunday, August 19, 2018, at World Con 76., in San Jose, CA. I’m blogging about it because I couldn’t put it in my fiction, where I try to make the storylines and technologies believable so that readers stay engaged. Within the constraints of believability, I wouldn’t write something like what happened to me on that morning. Although the out-of-the-ordinary is common at WorldCon (on the way to the Convention Center I saw a Chihuahua wearing dragon wings), this incident was highly improbable and happened when my need ran into an artist’s generosity at the intersection of Art and Literature.

And here is my account. I stayed at the Fairmont near the Convention Center and had an hour or so after breakfast to work on email and my to-do list. One of the items on the list was to order a copy of Mary Doria Russell’s book The Sparrow. Somewhere, I had seen that it’s considered a classic of literary speculative fiction. I put it on my reading list because the synopsis sounded interesting: it wrestles with science, religion, and philosophical questions—themes in my own work, which I attempt to write in a literary style. On this particular morning, I checked Amazon and found that the price was about $11, which is a bargain compared to the price my publisher put on Incense Rising, but I just didn’t select the button to order it. I have a stack of books in my office waiting to be read, and I figured that I could probably get it at the library. So instead, I headed over to the Convention Center. I wanted to get in line to sign up for a Koffeeklatch, which is a round-table discussion. The one I wanted would be popular because it was with Sheila Williams, the editor of Asimov’s. I had heard that I’d have to get in line about an hour before sign-up started.

I arrived just after 9:00 a.m. for the 10:00 sign-up. A few people had already queued up. Fortunately, there were chairs for our hour-long wait, and I took the seat that was the next in line, which happened to be beside an elderly gentleman, who was busy drawing with a fine-tip marker. As soon as I sat down, we started talking. I asked him about his art. He was creating a piece made by not taking the pen from the paper, so the design or drawing ends up one continuous line. He asked about my artwork, and I showed him a couple of pictures of colored pencil drawings that have hung at Quayside Art Gallery. He gave me a piece of paper and pulled out an array of colored pens and encouraged me to while away our wait by drawing with him. So, I did. What else did I have to do?

We sat and talked and drew for at least 30 minutes. I learned what he used to do for a living, that he has a garden, and that he’s from Chico, California. He admitted that sometimes he falls asleep while he’s working on a piece, which causes a big blob in the middle of the drawing. Compared with his drawing, the drawing I produced was crude. His style is very different from my usual technique of building up layers of colors and shapes. I admired what he had produced, so he gave me two of his drawings (signed John V. McMackin) when they were finished, and I tucked them away in my bag.

Then, he did the most remarkable thing. And, again, I swear that this is a true story.

He said, “I wonder if you’d be interested in this book.” And he reached into his backpack and pulled out Mary Doria Russell’s The Sparrow. You could have knocked me over with a feather. We had not been talking about books at all. There are millions of books and thousands of sci-fi books that he could possibly have pulled out. What are the odds that he would produce this particular one? I said something like, “OMG, John! Are you kidding me?” I told him how I’d come close to ordering this very book about an hour before while I was still in my hotel room. I was stunned.

Then he said something like, “You can have it. I’m not going to get through it very soon.”

Still in shock, I thanked him for it and decided that “somebody upstairs” must want me to read this book. Not long after, we started to sign up for the Koffeeklatch, and then I went off to the blended Christian worship service, upstairs, still wondering, “Did that really just happen?”
I saw him later when we sat together at the Koffeeklatch, and I thanked him again. John V. McMackin is real. I found him on Facebook: https://www.facebook.com/john.v.mcmackin. He wasn’t some figment of my imagination. And here is a drawing he gave me. I find it ironic that his style is one continuous line that winds around yet makes a recognizable pattern. It stands as a metaphor for the paths we take in our lives. And for me, the next step after WorldCon was to read The Sparrow, which I did, and I found the quality of writing, the story, and the subject matter useful to me in my writing.

As for my other souvenir from John V. McMackin, his drawing, I have plans to frame it because it’s the evidence of an unlikely incident at the intersection of Art and Literature. 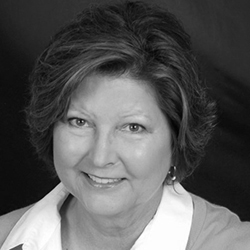 Incense Rising, my debut novel, is available at Indigo River Publishing or on Amazon.com